Jesus Heals a Man with Leprosy

Large crowds followed Jesus as he came down the mountainside. Suddenly, a man with leprosy approached him and knelt before him. “Lord,” the man said, “if you are willing, you can heal me and make me clean.” Jesus reached out and touched him.

“I am willing,” he said. “Be healed!” And instantly the leprosy disappeared. Then Jesus said to him, “Don’t tell anyone about this. Instead, go to the priest and let him examine you. Take along the offering required in the law of Moses for those who have been healed of leprosy. This will be a public testimony that you have been cleansed.” Matthew 8:1-4 NLT 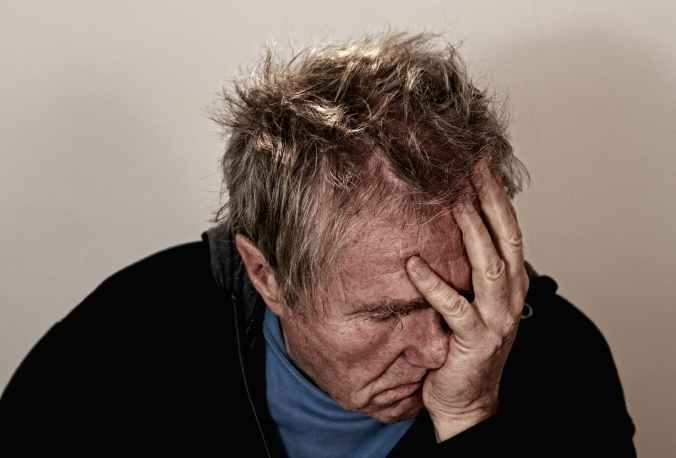 Photo by Gerd Altmann on Pexels.com

My Thoughts: Leprosy was a terrifying disease in Jesus’ day because there was no known cure. Once a person contracted it, they were banished by the High Priest to colonies outside of their home and city. By law they had to stay there until they got better or they died.

Let’s take a look at several important things about this unnamed man as he approaches Jesus.

Let’s take a deeper look at item #3 and what this man says to Jesus. I almost missed it until I felt a little nudge from the Lord in my soul!

“Lord,” the man said, “if you are willing, you can heal me and make me clean.”

We can see the leper knew that Jesus could heal him but what if he didn’t believe he was worthy of being healed?

Leprosy is a disease that is typically found in the poorest of the poor. Maybe this man lived a lifestyle of such hopelessness that he commonly practiced immoral, illegal, and/or unjust habits, that eventually led to leprosy? In other words, he believed Jesus might not be willing to heal him because of his past.

Here is the real question: How many of us are so sick with sin that we also believe we are unworthy of healing? Maybe we believe we’ve crossed a line in our sinful behavior where there is no longer hope for us?

If you believe that, let me just tell you that is a lie from the pit of hell!! It is NEVER too late to turn from our sins and be ‘healed’ by the grace of God!

God is very clear about this in the Bible:

“Once you were dead because of your disobedience and your many sins. You used to live in sin, just like the rest of the world, obeying the devil—the commander of the powers in the unseen world. He is the spirit at work in the hearts of those who refuse to obey God. All of us used to live that way, following the passionate desires and inclinations of our sinful nature. By our very nature we were subject to God’s anger, just like everyone else. But God is so rich in mercy, and he loved us so much, that even though we were dead because of our sins, he gave us life when he raised Christ from the dead. (It is only by God’s grace that you have been saved!)” Ephesians 2:1-5 NLT

Just as these verses say, although we are sinners and we may have lived under the rule of Satan, now because of Jesus we can be healed from our sins! All of them no matter what they are! When we kneel before Jesus and humbly ask for His healing, He is gracious to heal.

Therefore, our verses for today in Matthew 8 represent a perfect picture of salvation and everlasting life.

In contrast, if you think “hey, I’m not sick, so this doesn’t apply to me,” you are wrong. We are all sick from sin and it is absolutely incurable and will bring everlasting death without Jesus.

“For everyone has sinned; we all fall short of God’s glorious standard.” Romans 3:23 NLT

The day will come when every knee will bow before Jesus; willingly or unwillingly:

“It is written: “ ‘As surely as I live,’ says the Lord, ‘every knee will bow before me; every tongue will acknowledge God.’ ” Romans 14:11 NIV

“that at the name of Jesus every knee should bow, in heaven and on earth and under the earth,” Philippians 2:10 NIV

The bottom line is, we have complete freedom to make one of two choices:

Lastly and thankfully,  because Jesus is the last and perfect sacrifice we no longer have to present ourselves before a high priest or go through sacrificial rituals to be healed. We are healed by the grace of God when we surrender our hearts to Jesus.

“God saved you by his grace when you believed. And you can’t take credit for this; it is a gift from God. Salvation is not a reward for the good things we have done, so none of us can boast about it.” Ephesians 2:8-9 NLT

It’s never too late nor can things ever be so bad that God won’t save us. All that is required is we humbly ask from our heart.

(Aside Information: I was curious to learn if leprosy still exists and whether it is still incurable, so I did a bit of research. Leprosy is now called Hansen’s disease, named after the man who discovered the cure in 1873. Cases are still reported around the world, however, once the malady has been detected early enough, it can be cured.)

Closing Prayer: Father God, thank you for nudging my soul to remind all of us it’s never too late to surrender our hearts to You. We thank you that You are so gracious to heal based purely on Your love and grace for all of us, no matter what we have done. As a horrible sinner I am so humbled and thankful for this truth. Father I pray today that those of us who are saved by grace live lives that mirror Your grace. For those who need to receive Your grace, I pray there are no more delays; I pray a full surrender to Jesus right now (Romans 10:9-10). In the precious name of Jesus I pray. Amen.